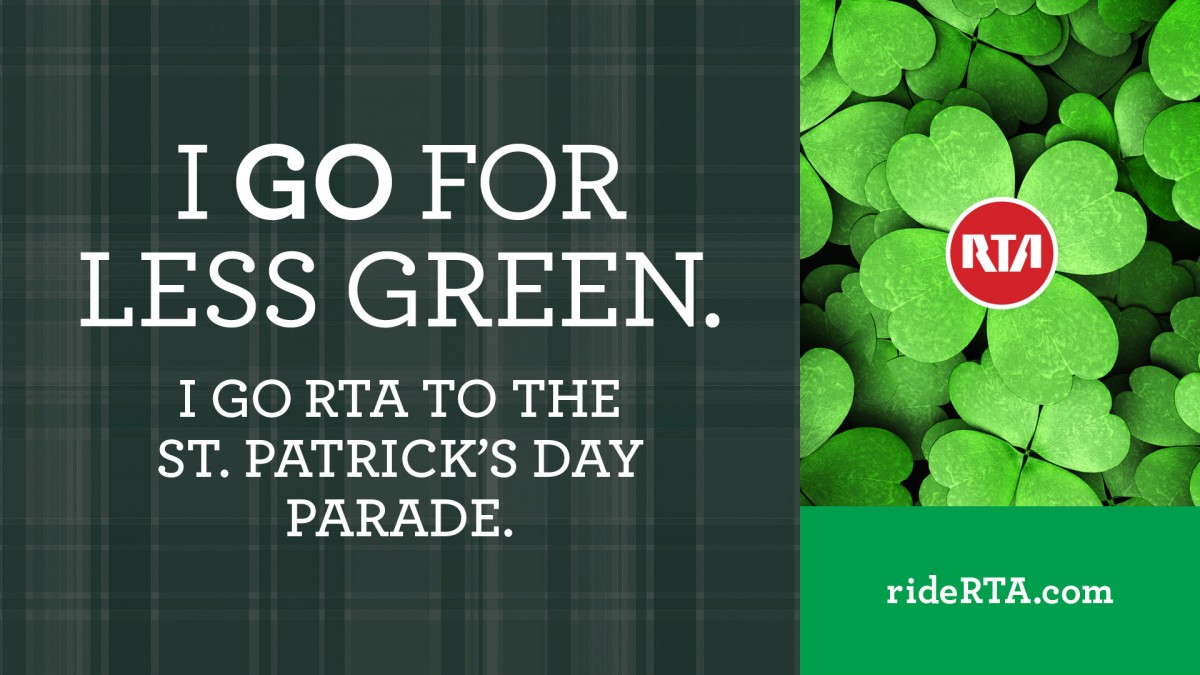 Are you attending Cleveland’s most popular event of the year? Why not trust RTA to get you to and from the parade! The first Cleveland St. Patrick’s Day parade is guessed to have begun in 1867! Fast forward to 1910 when State Sen. Dan Mooney introduced a bill that would make St. Patrick’s Day an official holiday in Ohio.

The RTA Travel Trainers are a small but mighty duo; Adrienne Parker and Alisa Murray are the faces of the RTA Travel Training service. Both come from the social worker backgrounds and coincidentally, used to work together prior to RTA. Adrienne has been with RTA for 6 years now and Alisa has been with RTA for 4 years. In their time here, they have been able to touch many lives by giving people the skills to be able to conquer public transportation.

Rob Atkinson is one of RTA’s finest Service Quality Inspectors and has been part of the RTA family for almost 18 years. Rob began as a driver at Harvard and then Triskett where he worked his way up to being an ambassador on the trolleys. Rob has a long line of family members who have worked for public transit, so he sure has a lot to live up to. He has family generations long before his time working for RTA and with his initials being “RTA”, you could say he was born into his career!

Do you have an upcoming event you would like RTA’s Transit Police to attend? We offer a program called Operation KidWatch, where children interact with Transit Police Officers and learn valuable safety tips. Operation KidWatch also creates child IDs, where in the event of an emergency, parents will have updated information on their child including a recent picture, thumbprint, height, weight, eye color, etc. Upon request, we are able to provide safety talks, demonstrations and even the opportunity to do a Q/A with our K-9 handlers and their dogs!

Congratulations to RTA Transit Police officer, Zach McLeish for being awarded the 2019 Lorain County Big Brother of the Year! Since being matched to Little Brother, Hunter in November 2011, they get together twice per week enjoying activities such as going to the park, going to the movies, and even bonding over their love of Fantasy Football. Luckily, they only live a block away from each other.

The best way to spend a polar vortex day is snuggled up under the covers in your warm house. But not everyone has the luxury of having their business close for the day, working from home, or calling in for a personal day. The mechanics, hostlers, operators, and other district staff still report to work, no matter the weather, in order to keep RTA operations up and running.

So who are these stellar employees?

RTA Safety Director, Richard Czeck has compiled a list of transit safety tips to help you navigate RTA during the upcoming snowy and severe cold weather:

Here at RTA, we value our riders! That is why we are teaming up with NOACA’s GOhio Commute to reward YOU for taking the bus or train instead of driving for the entire month of February! The challenge is open to riders in Cuyahoga, Geauga, Lake, Lorain and Medina Counties. After signing up for the Northeast Ohio Loves Transit Challenge, you are eligible to ride twice a day, 7 days a week while tracking your distance, money saved, CO2 savings, and even calories burned.

The trains don’t put themselves back together when something falls off the rails. Behind the scenes, it takes a small army of mechanics at the Rail Shop split between 3 shifts, working day and night to ensure you are transported to your destination safely. Rail Equipment Manager, Casey Blaze and his team work hard on maintaining RTA standards for you to have a safe, reliable, clean and courteous experience. On average, RTA serves around 7 million riders per year on the rail system.