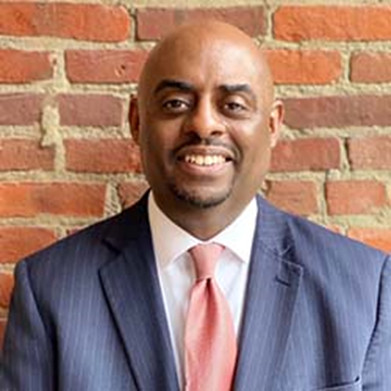 George F. Fields embarked on his journey as Deputy General Manager of Human Resources in 2018, bringing with him almost 30 years of leadership experience in human resources. He designs and implements initiatives that promote career-building opportunities within a supportive work environment. His expertise in leadership development and talent management helps empower the GCRTA team in offering premier transit experiences to riders across Greater Cleveland.

Before coming aboard, Mr. Fields received his Bachelor’s from Ohio University. He furthered his skills in Human Resources with Senior certifications from the Human Resources Certification Institute in 2005, and the Society for Human Resource Management in 2015. Between 2008 and 2016, he fueled his training with support from The Partnership for Excellence, Tri-C Corporate College East, National Transit Institute, and Certification from the Auditor of the State of Ohio.

Mr. Fields began his career as a Campus Representative for Remington College in 1994. He quickly found his drive for employee engagement as Employment Manager for NCS Healthcare. In 2000, he became Human Resources Manager with NetGenics, and his next destination was Director of Human Resources with Nexstep Healthcare in 2001.

Mr. Fields joined the GCRTA fleet in 2003 as Manager of Employment and Recruitment, where he piloted the development of an HR Business Partner staffing model, to help provide employees with more comprehensive services. In 2012, he moved to Director of Training and Employee Development. During his time in this role, he introduced several employee development programs, including the Public Transit Management Academy, and helped form strategic partnerships across Cuyahoga County. In 2018, he took his seat as Deputy General Manager of Human Resources and continues to empower employees with more streamlined, supportive resources.

In support of the Cleveland youth, Mr. Fields serves on the Board for the Friends of Max S. Hayes High School, as Treasurer for the Akron Alumni Chapter of Kappa Alpha Psi Fraternity, Inc., and is an institutional liaison on the Tri-C Council for Community Access and Development. Mr. Fields has served on the board of the Twinsburg Recreational Basketball League and volunteered as a HRCI/SHRM certification instructor for the Cleveland Society for Human Resource Management.